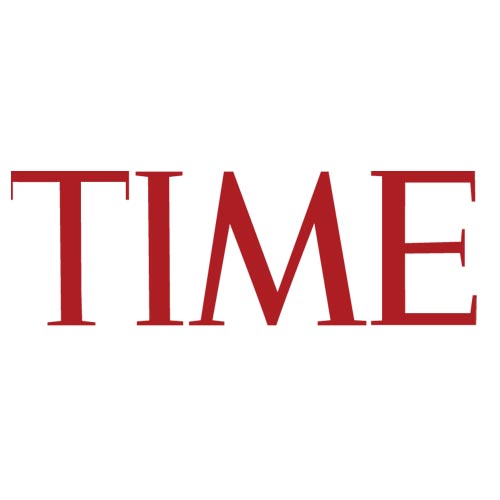 Western Companies Hope For a Bonanza in Iran [TIME]

With only weeks to go until a November 24 deadline for a deal between Iran and the West over Tehran’s nuclear program, Iranian and Western investors have their fingers crossed

If you just looked at the numbers, the deal revealed last week by the aerospace and defense giant Boeing seemed insignificant: $120,000, for some data, aircraft manuals and navigation charts. But symbolically, the sale to Iran Air, revealed on Oct. 22 was a big deal—the first time that an American aerospace company had done business with Iran since the U.S. began its sanctions there in 1979.

The Boeing sale, which was sanctioned by the U.S. Office of Foreign Assets Control under a temporary sanctions relief deal that began in January, is just one sign that Iran might soon be open for business with the West for the first time since the Islamic Revolution. As the clock ticks down towards November 24, the deadline for a deal between Iran and the West over Tehran’s nuclear program, both Iranian and Western business communities are hoping for a gold rush. Tehran throngs with Europeans jockeying for business, such as this winter’s planned visit to Iran of a hundred French executives, or the Italians, Chinese and Germans browsing the Tehran construction and mining trade show in August. Many international companies, from Samsung to Renault are already in Iran, trading in sectors permitted under the sanctions, such as food, cars and pharmaceuticals. In 2013, E.U. countries made 5.4 billion Euros ($6.8 billion) worth of exports to Iran. Emerging market experts make breathless comparisons to Russia just after the Berlin Wall’s fall. “Iran,” said Charles Robertson, global chief economist at Renaissance Capital, “is the biggest opportunity of the next 10 years.”

It’s easy to see why it could be. New markets of nearly 80 million people are rare indeed. Rarer still are emerging markets with oil and gas, educated work-forces and lively stock-markets — all humming with pent-up potential from Iran’s thirty-five years as an economic pariah. Iranian boosters reject comparisons with Vietnam and Burma, other newly open economies.”We like to think of it as Turkey on steroids,” quipped an Iranian investor at the Europe-Iran Forum, a recent London conference that brought together European investors and Iranian businessmen.

But challenges remain. If the Forum was designed to showcase Iran’s possibilities, it also underscored the hurdles in tapping them. Few business conferences ban “negotiation, deal-making, or commercial transactions,” but this one did, mindful of the Obama’s promise to “come down like a ton of bricks” on anyone breaking sanctions. The former foreign ministers of Britain and France delivered speeches — even as the British Foreign Office reiterated to Reuters that its policy remained “not to encourage trade with Iran.” Sir Martin Sorrell, CEO of the world’s largest marketing group, WPP, gave the keynote — though some pro-Israel groups had petitioned him not to, citing Iran’s human rights record, support for terrorism and anti-Semitism. On the first day of the Forum, there were protesters outside filming participants on their way into the venue.

Inside, European business people listened to presentations on sectors from oil to healthcare to consumer goods. But even the most bullish Iran-watchers admitted that a November 24th deal over the country’s nuclear program, should one be agreed, would just mark the first hurdle. One unintended effect of sanctions has been what’s amounted to a de facto boycott of Iran; companies are reluctant to do business with Iran even if it’s technically legal, in areas such as food or humanitarian aid. “The spirit of the law is even more burdensome than the letter of it,” said Esfandyar Batmanghelidj, a founding partner of the Europe-Iran Forum. “The effect on banks has undermined the idea that sanctions aren’t meant to hurt the Iranian people.” This June’s record $8.9 billion fine on BNP Paribas for breaking U.S. sanctions on Iran and other countries spooked banks anew, and Iranian investors realize that even if sanctions are lifted, Iran needs to rebuild its relationships with the international banking community. “Any number of good political outcomes may occur by November 24,” said Amir Ali Amiri of investment company ACL, “but even then, in the parallel universe of business, if European banks continue to lack confidence in putting together a letter of credit for Iran, they’re not going to touch the opportunity.”

Both within Iran and outside of it, there are vested interests who stand to lose if sanctions lift. China has benefitted from Iran’s sanctions, which delivered “the Iranian market to the Chinese on a silver platter,” notes Ali Fathollah-Nejad, a political science fellow at the German Orient Institute. Iran could rival Russia as a major supplier of oil and gas if it is allowed to export freely. Then there are the Revolutionary Guards, Iran’s ideological protectors of the Islamic Revolution, who have emerged as pivotal economic players. An open Iran would challenge their position, notes Fathollah-Nejad, “But the Supreme Leader Khamenei’s decision to go for a deal with the West signals that he’s been able to keep those guys at bay.” Not all commentators agree that Khamenei is certain to support a deal.

With around three weeks till the deadline, it’s not just oil and gas executives and sanctions-weary Iranians hoping for a deal. In a speech last week, the U.S. chief negotiator Wendy Sherman urged Iran to “finish the job,” while U.S. officials say President Obama may try and bypass a vote on suspending sanctions in Congress, where support for Israel is strongest, the New York Times recently reported. Congress, however, may not allow the President to bypass it.

“It’s the last large untapped market in the world,” says Ramin Rabii, of Iranian investment firm Turquoise Partners. “The future is very exciting.” The only question that remains — at least until November 24th — is whether all the hurdles can be overcome.